Preparations for a Art Project in Greeland.

The Shining Memory Of Mother Earth
An International Photography Project created between Science and Culture LightArt in Greenland’s Polar Night.

The eternal ice is the memory of the Earth. It preserves information and knowledge from times gone by. Explorers, researchers and scientists have continually drilled into it, hoping to gain an insight and an awareness of the Earth’s history and climate. In many legends and stories told by Greenland’s inhabitants, the ice contains a fascinating, alluring and stimulating wealth of wisdom.

Yet it is no longer the eternal ice that it once was. Since 1972, the Arctic icecap has been reduced in the summer by 50 percent with all its history of wisdom and knowledge carried away by the meltwater.

Angaangaq Angakkorsuaq, a Kalaaleq shaman from Greenland, has repeatedly spoken at the United Nations on behalf of the Arctic people. In 1978, when the term ‘climate change’ was an unknown phrase in the common language, Angaangaq informed the UN Council of it’s potential future.

Today, many Kalaallit say it is too late to stop the melting of the icecap. The new goal, they say, is that we must adapt to this reality.

Angaangaq who supports and participates in Stella Polaris* Ulloriarsuaq explains: »Only by Melting the Ice in the Heart of Man, Man will have a chance to change and begin using his knowledge wisely.«

Collaborating with the people of Kalaallit Nunaat, our goal is to document the Earth’s melting memory through photographic art and illumination of the ice. Stella Polaris* Ulloriarsuaq — the Polar Star — will be the beacon of light amidst the global change and become the point of reference for the entire world. Many international artists have already committed to the following upcoming phases of this project.

In November 2012 we will travel to the western part of Greenland for 3 weeks. During the polar night, Greenland’s children, youth, adults and respected elders will illuminate their country’s icebergs and glaciers. Long time exposures will capture the melting ice, painted with light — all in front of a magnificent backdrop of the northern lights (Aurora Borealis).

These photographs, authentic light paintings in the literal sense, will capture the radiant messages of the Kalaallit and the ice. These light paintings are the core of our artistic work. Interviews, photo stories and films will carry the message out to the world.

Our journey will lead us to Kangerlussuaq, Nuuk and to the vanishing UNESCO World Heritage in Ilullissat. Smaller areas on the west and east coast of Greenland such as Qaqortoq, Ittoqqortoormiit, Uummannaq and Qaanaaq will also be future destinations. 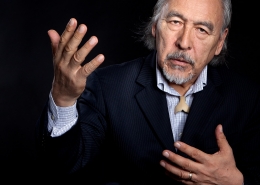 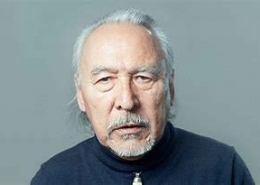 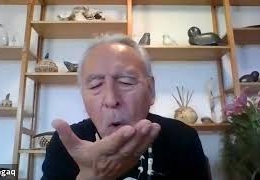 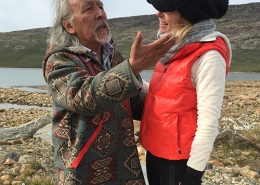